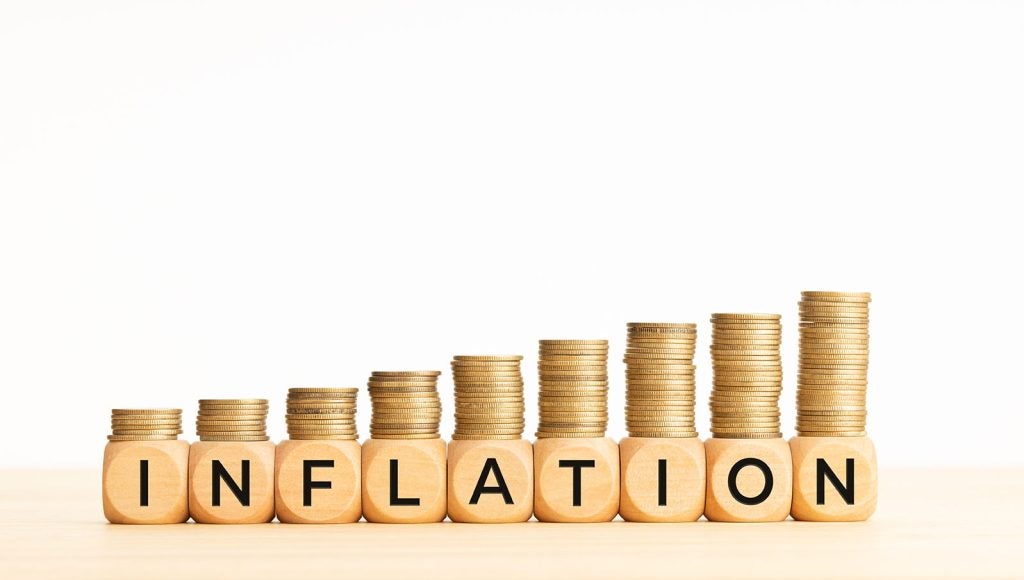 Inflation: All measures of inflation have been quickening at a worrisome pace since March 2021. The Federal Reserve’s data through March shows overall inflation continuing to rise, where core inflation (which excludes more volatile food and energy readings) had a marginal decline in March from February, 5.3% to 5.2%. The Bureau of Labor Statistics tracks consumer price inflation (CPI). Their data shows CPI going from 8.5% in March to 8.2% in April. Their Core CPI reading declined from 6.5% in March to 6.2% in April. Estimates of the short-term to intermediate-term future of inflation are all over the map, but all point to lower inflation in the future. University of Michigan survey of consumers projects 3% inflation over the next five years. A measure of expected inflation, the 10-year Treasury Inflation-Protected Securities/Treasury Breakeven Rate peaked at 3.02% on 4/21/22 and currently is at 2.59%. The Federal Reserve projected PCE Core inflation at the end of 2022 at 4.1%, 2.6% for 2023, and 2.3% for 2024.

The unanswerable question is, will inflation come back down to a desirable level through a combination of creative capitalistic supply solutions, monetary policy tightening, and people desiring to go back to work, or will high inflation be subdued the hard way – via a recession?

To date, projections and some data indicate a slowing of economic growth absent a recession, or otherwise known as a soft landing.

Employment: There is evidence that corporations are raising capital investment for automation to help deal with lower employment participation rates since Covid. GDP growth can be achieved via greater employment and/or greater productivity from a given employment level. Job openings were 11.5 million at first quarter-end. This represents 7.0% of the present workforce in the USA.

Consumer spending (70% of GDP): Real personal consumption expenditures (annualized) rose 4.7% over year-ago level. The Institute of Supply Management (ISM) reading for service continues at elevated levels, October 66.7, November 69.1, December 62.3, January 59.9, February 56.5, and March 58.3. There was a slight rebound in March after the trend down in the previous two months (Covid spike), but these remain particularly good numbers. A reading of 50 is the dividing line between decline and growth.

Manufacturing (11% of GDP): The ISM reading for manufacturing also remains high November through March(’22)at 61.1, 58.8, 57.6,58.6, and 57.1, respectively. The trend is down but is still elevated. The Federal Reserve reported a 2.0% increase in industrial production in the 1stquarter. This is the first quarter in seven without a gain of at least 4%.

Home sales: National Association of Realtors (NAR) reported that existing home sales were 6.18 million homes in 2021. By March this year, the annualized pace was 5.77 million. The supply of homes available for sale is still an exceptionally low 2 months. Six months’ supply is considered a balanced marketplace for buyers and sellers. New household formation was1.6million in 2021. (Data from Fed Reserve of St. Louis). New residential construction unit permits (1.873 million), new housing unit starts continues to rise this year to a 1.793million pace for the year in March. (Data from U.S. Census Bureau). This increase in supply via construction is most welcome given a lack of inventory. But, in an interesting twist, single-family home starts were down 4.4% compared to March of 2021, but multi-family starts were up 28.1% over the previous March. This certainly is not yet a trend, but it would be helpful with affordability of housing. Especially since NAR reports that the median price for a single-family home sold rose 15% year over year in March. Affordability of single-family homes will remain a problem, especially for first-time buyers as long as inventory remains low, and the Federal Reserve continues to raise rates in 2022 as projected.

In the first quarter this year, a 100% stock portfolio with 20% invested in international was down approximately 5.02% with dividends reinvested. Intermediate-term bonds (Barclay’s Aggregate Bond Index) were down 6.20%, and short-term bonds were down 2.49% (Barclays U.S. Gov’t Credit 1to 3 Year Bond Index). Since the end of March both equity and bond prices have continued further down.

To date, the Federal Reserve is projecting a need to raise the Federal Funds rate from a range of 0 to 0.25% in January to a range of 1.75% to 2.00% by the end of this year and additional increases totaling one percent in 2023. By most historical standards, this is an aggressive path. For some, not aggressive enough given the Fed’s own projection for core inflation of 4.1% by year-end, thus maintaining a negative real (interest rate minus inflation) Federal Funds rate. The pace of interest rate increases will be data-dependent with a focus on inflation measures. Alas, the target for the Federal Funds rate at the end of 2023 of 2.8% would be in line with their projection for inflation of 2.3%.

Regardless of one’s opinion of the assertiveness of the Federal Reserve towards dealing with inflation, Mr. Market’s initial reaction to the prospect of rising interest rates has been fitful. Intermediate-term bonds, as measured by the 10-year Treasury, have already lost enough value to account for all of the rise of interest rates for the year without credit for interest yet to be paid. In the first quarter, bonds had their worst performance since 1981. DBFM had moved a heavy portion of bonds to short-term bonds in anticipation of rising interest rates a few years ago.

Stocks have also reacted negatively to the prospect of continued high inflation and higher interest rates. Especially so for growth stocks. By March 31st, the weighted average return for domestic growth stocks was -9.58%, and the weighted average return for domestic value stocks was -0.70%. Value stocks were leading all stocks by 4.44% in the first quarter.

In the meantime, we remain long-term bullish, seeking necessary or opportunistic tactical adjustments to portfolios, and remaining diversified for long-term success.

Please feel free to contact us with any questions, or if you would like to schedule a virtual, face-to-face, or phone meeting. 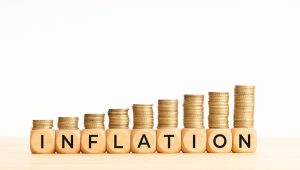 Download the PDF copy here Executive Summary 2020 and 2021 were defined by extraordinary influences over the economy, namely, covid, efforts to contain it, and 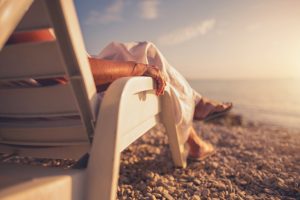 What You Need to know About RSUs

Have you been incentivized with equity-based compensation in the form of restricted stock units (RSUS)?  Here are five things to know in making the most